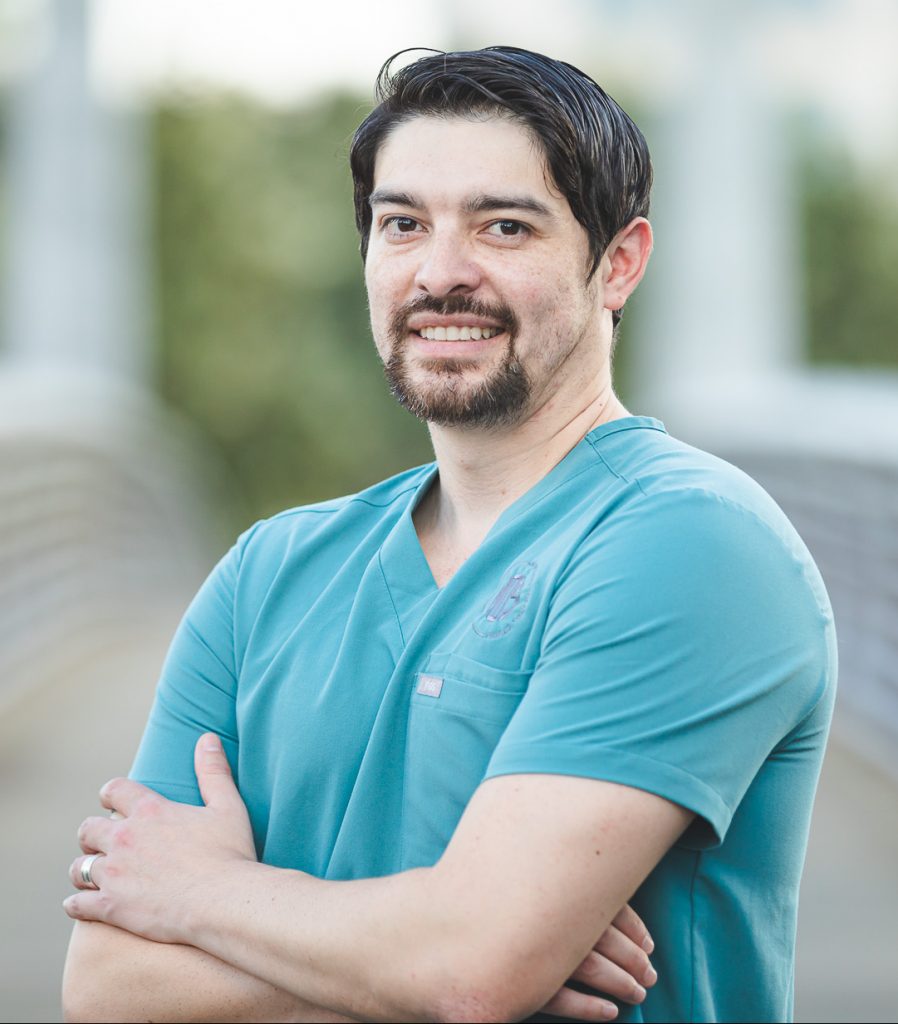 After college, Dr. Escobedo moved to Dallas and attended Baylor College of Dentistry, where he met his lovely wife, Sara. Together, they both graduated dental school in 2010. They soon married in San Antonio, Texas in February 2011. As newlyweds, they moved to Houston with their Siberian Husky named Otto and have been practicing dentistry in the greater Houston area.

In Dr. Escobedo’s free time, he enjoys traveling with his wife and taking Otto for walks around Memorial Park. As an avid fisherman of the gulf coast waters, Dr. Escobedo also loves being outdoors, boating, and sports in general.

Dr. Escobedo has been involved with the Greater Houston Hispanic Dental Association for the past 4 years and is the current 2020 President. He has been an active member of a Spear Study Club for the past 4 years. He is a member of the Get it Straight Ortho Study Club and loves taking several continuing education courses throughout the year to stay current with today’s dental advancements.